The sharks are circling.

For the better part of the last two decades the American League East has been dominated by the big fish, the New York Yankees and the Boston Red Sox. Recently the Tampa Bay Rays have been able to break into that triumvirate to steal a couple of playoff births and division titles. Last season brought more parity and more disturbance to the big budget empires with the Baltimore Orioles surprise run to 94 wins and a Wild Card spot, leaving only the Toronto Blue Jays out in the cold.

But this offseason, the established order in the AL East may finally be fully overthrown. The Yankees are old, injured, and cutting payroll back to a modest $189 million. The Red Sox are coming off their worst season since 1981 and they aren’t signing any of the big name players either, instead opting for character guys on short-term deals. Toronto (yes, Toronto) is ramping up payroll and making franchise-altering trades to add a staff full of pitchers, one that includes 2012 NL Cy Young winner R.A. Dickey. Tampa Bay is doing their usual thing, trading for young, unproven talent while rebuilding on the cheap. And Baltimore, well, they’ve stood pat thus far.

The sharks are circling. From the looks of it, everybody has a shot in the AL East. No other division in baseball can say that. So why don’t we take an early peak at the division race, position by position, to see where things stand?

END_OF_DOCUMENT_TOKEN_TO_BE_REPLACED 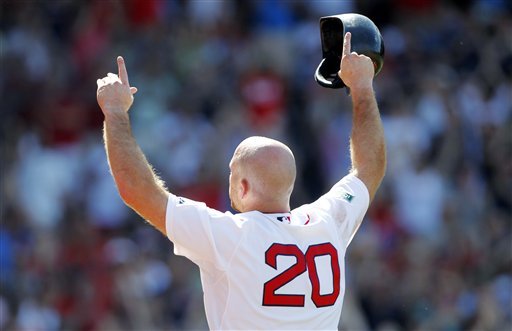 Around the conclusion of today’s Brave-Red Sox and Brewers-White Sox games, word was beginning to get around that Kevin Youkilis, the former All-Star corner infielder had been traded to  Chicago for Brett Lillibridge and Zach Stewart. Reports of the trade have become even more widespread, so with Youkilis apparently done in Boston and on his way to Chicago, let’s take a look at the 1st big trade of the 2012 season.

END_OF_DOCUMENT_TOKEN_TO_BE_REPLACED

Every team has at least 62 games under their belts this season, and we’ve seen quite a few impressive performances out of rookies from nearly every position on the diamond thus far. One quick note, in last month’s rankings we had Lance Lynn of the St. Louis Cardinals included, but this month he has been taken out because he does not qualify as a rookie. He was on the Cardinal roster for a few too many days last season to qualify for this season’s award, so his removal has nothing to do with performance. In fact Lynn has been one of the National League’s elite pitchers this season, and would rank 1st or 2nd if he qualified as a rookie. Now on to the list, which has some fresh faces and a more offensive outlook this month:

END_OF_DOCUMENT_TOKEN_TO_BE_REPLACED

With the news that Pablo Sandoval is hitting the disabled list for the foreseeable future after fracturing his left hand for the 2nd straight year, the hot corner has been a war of attrition so far. Evan Longoria hit the DL for 4-8 weeks earlier in the week, as did Kevin Youkilis. The Giants, Rays, and Red Sox will all have to find some way to replace the production they are losing, and it won’t be easy because these are All-Star caliber players in their primes. Let’s break down the replacement strategy for each team.  (Ryan Zimmermann of Washington is also out, but he should return in a week.) 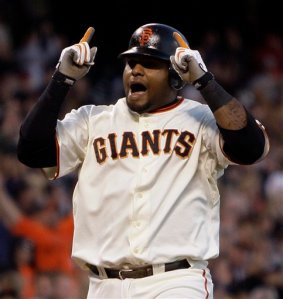 Pablo Sandoval had been mashing the ball this season, hitting .316/.375/.537 with 5 homers and a team-leading 15 RBI. The Giants have a relatively thin lineup even with Kung Fu Panda, ranking 9th in the NL in runs scored, so this will be a lot of production for the Giants to replace.

San Francisco already has a very light-hitting infield, starting Brandon Crawford (career .207 hitter in 300 at-bats) at short and Emmanuel Burriss at 2nd with the injury to Freddy Sanchez. Burriss is a 27-year-old career minor leaguer who has received some playing time in the majors, but doesn’t quite have the bat to cut it, with 15 extra-base hits in over 600 career at-bats, an abysmal number.

Joaquin Arias figures to gain some playing time with the injury to Sandoval, but much like Burriss, he has been a journeyman minor leaguer with very little pop in his bat. In 273 at-bats scattered over the last 5 seasons he has no homers and only 20 extra-base hits. Ryan Theriot also will receive more playing time, but he’s also a punch hitter with very little power. The Giants struggled to score runs a year ago, ranking last in baseball, and with Sandoval out for the next 30-50 games; San Francisco could be relegated to the same fate again. If one or two of the infielders start hitting with some authority, the Giants could stay competitive, but that scenario isn’t likely.

The Giants have also called up Conor Gillaspie, a 25-year-old 3rd baseman in the minors, and he could see quite a bit of playing time as well. His bat doesn’t have near the power Sandoval’s has, but he may be able to hit for a solid .270-.280 average while playing solid defense. Ideally for San Francisco, Gillaspie is able to lock down the 3rd base role and provide some good at-bats for an offense that sorely needs it.

The Red Sox may have a bigger problem with Youkilis, than they do in filling 3rd base for the next couple of weeks. Boston called up slugging 23-year-old Will Middlebrooks, who was Baseball America’s 51st ranked prospect coming into the season. Middlebrooks is a pull hitter with big power and a solid batting eye. His early production at the plate in Triple-A has been staggering this season, with a .333 batting average and 9 homers in fewer than 100 at-bats. Scouting reports don’t care much for his defense, with the consensus being that he doesn’t have much range and is a little bulky in the field. If Middlebrooks comes up to the bigs and can hit for some power, I think the Red Sox will be fine with a few flubs in the infield.

The bigger concern at this point is the 33-year-old Kevin Youkilis. This season’s injury is a bulky back, which may explain his complete lack of production at the plate. He’s hitting a measly .219/.292/.344 with almost no power. He has completely lost the ability to drive the ball the other way, and is grounding out to the left side of the infield more than ever. This will probably be the 4th straight season that Youkilis fails to play in at least 140 games. Dating back to the All-Star break last season, Youkilis is now hitting .205 in his last 200 at-bats. Is this just an extended slump, or the beginning of the end for the 3rd baseman? 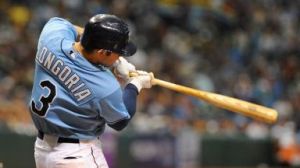 The Tampa Bay Rays have one of the deepest rosters in baseball, so overflowing with talent that many potential major leaguers are left in Triple-A or sent to the bullpen. Longoria was in the midst of the finest season of his young career, positively mashing the ball for a .329/.433/.561 slash with 4 homers and 19 RBI. This kind of production is impossible to replace, especially when you factor in Longoria’s plus defense and leadership, but the Rays will try.

Tampa Bay already plays the mix-and-match game in their middle infield, starting 5 different players at 2nd base this season, and 3 different players at short. This rotation of players includes, Ben Zobrist, Sean Rodriguez, Elliot Johnson, Jeff Keppinger, Reid Brignac, and Will Rhymes, and will probably be asked to cover the 3rd base position as well. Zobrist has been playing about 2/3 of his innings in the right and will probably remain in the outfield, so the other 5 players will be asked to cover the 3 remaining infield positions.

The only problem is that none of these players hit much, meaning the offense will probably suffer. Keppinger is off to the best start, hitting .273 but he isn’t much of a power or speed threat, Rhymes has 4 total at-bats, and the other 3 players, Brignac, Rodriguez and Johnson, are all hitting under .200. Tampa ranks 5th in the AL in runs scored so far, and that number is sure to suffer without Longoria. Luckily Tampa is off to a fantastic start, playing .680 baseball, and has a deep, talented rotation to fall back on. Expect the Rays to remain competitive for the next 2 months, despite Longoria’s absence.

-I’m currently watching the Mariners take on the Rays in the 5th innings, and this may be the least I have seen Tampa use the defensive shift this season. The only hitter they are using a definite shift on is Justin Smoak, who’s naturally 1-1 with a walk and a hard line-drive single. The lack of shifts may also have something to do with Seattle’s lineup, which is entirely left-handed. The reason: Tampa pitcher Jeff Niemann has extreme lefty/righty splits, with opposing lefties hitting .306 and righties only hitting .098 so far. Its worked so far, Seattle has scored a little more than usual with 3 runs already.

-Jered Weaver threw the best game of his career last night, no-hitting the anemic Minnesota Twins in a 9-0 victory. Weaver absolutely dominated, allowing only 2 base runners to reach while striking out 9. Its the 2nd no-no of the season, and there is a good chance 3 or 4 more will happen this season. Congrats to Weaver on his performance.

-Two players over 40 hit walk-off homers yesterday. Jason Giambi hit a 3-run, pinch hit shot to win the game for the Rockies. Not to be outdone, Chipper Jones hit a mammoth 2-run blast to give the Braves a win in a wild 15-13 affair over the Phillies. Jones only has 55 at-bats this year but has really made them count, hitting 4 homers and driving in 14 already. Its great seeing him continue to deliver big hits for the Braves, despite injury and age, at the end of his illustrious career.